History of Polo in South Africa

Known as the “Game of Kings,” polo is one of the oldest team sports in history. It originated in China and spread across Asia to India and Persia and had a hand in placing the sport on the books about 2000 years ago, using polo as a way to prepare warriors for battle. Although polo was initially the province of British cavalry regiments, the infantry started the game in South Africa. The 75th Infantry of the Line Regiment, also known as the Gordon Highlanders, after service in Hong Kong and Singapore, was sent to the Cape Province, where it was employed in minor operations in the Lower Drakensberg. Around the same time the 1st Battalion, The Duke of Cornwall’s Light Infantry, was deployed in South Africa from the island of Mauritius. Both regiments were garrisoned in King William’s Town, near East London. Also quartered there was the Cape Mounted Rifles, a South African unit. 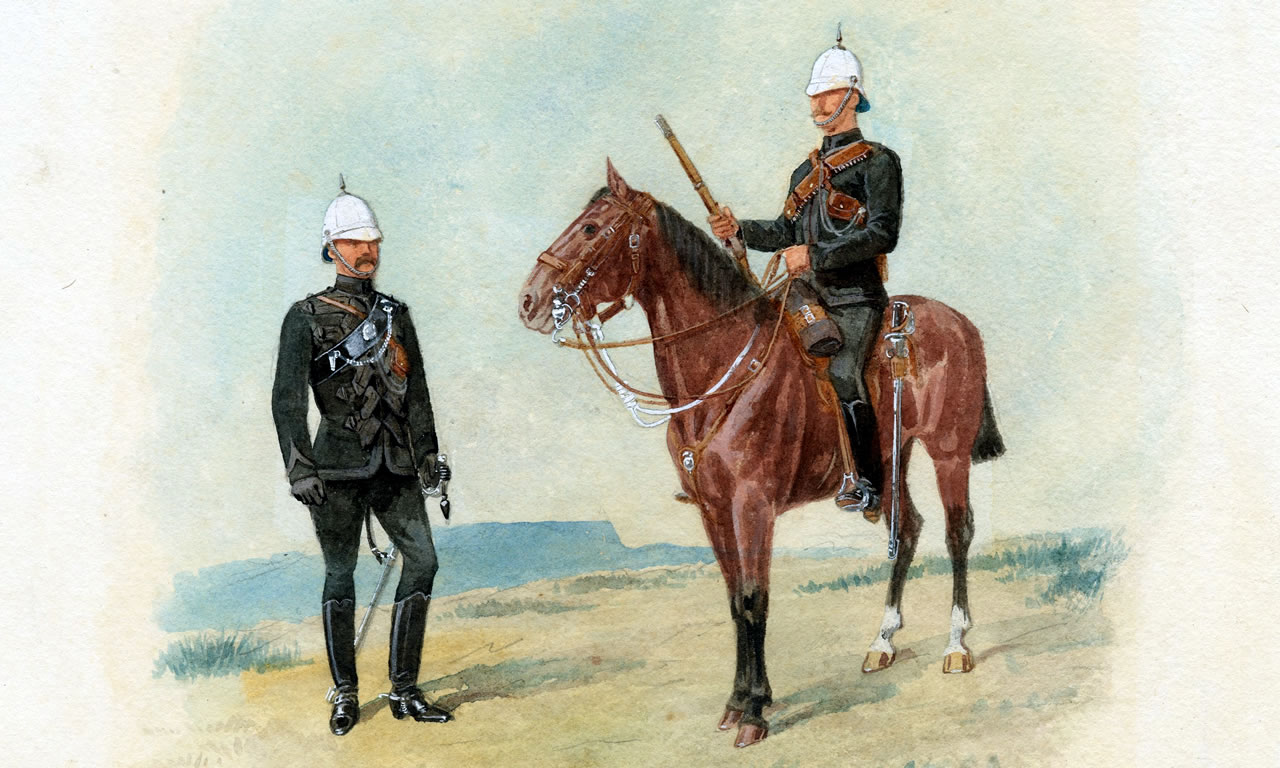 The first recorded game took place in October 1874 at the Parade Ground between the Gordon Highlanders and the Cape Mounted Rifles. The Gordons returned to England from Natal in 1875 and the Light Infantry two years later, but because of the Zulu War in 1879, several regiments came from India and the game took renewed strength after that conflict’s end.

Polo was played in Cape Town in 1885 at a club formed by army officers, and in Natal by the officers stationed at Fort Napier, in Pietermaritzburg; a year later, they formed the Garrison Polo Club. The Military Ninth Division played during the 1880s at Harrismith, Orange Free State, while play in Transvaal began in Johannesburg in 1894, when the owner of the Goldfields Hotel founded a polo club. The game was dominated by the military, but civilian clubs sprouted in several places. 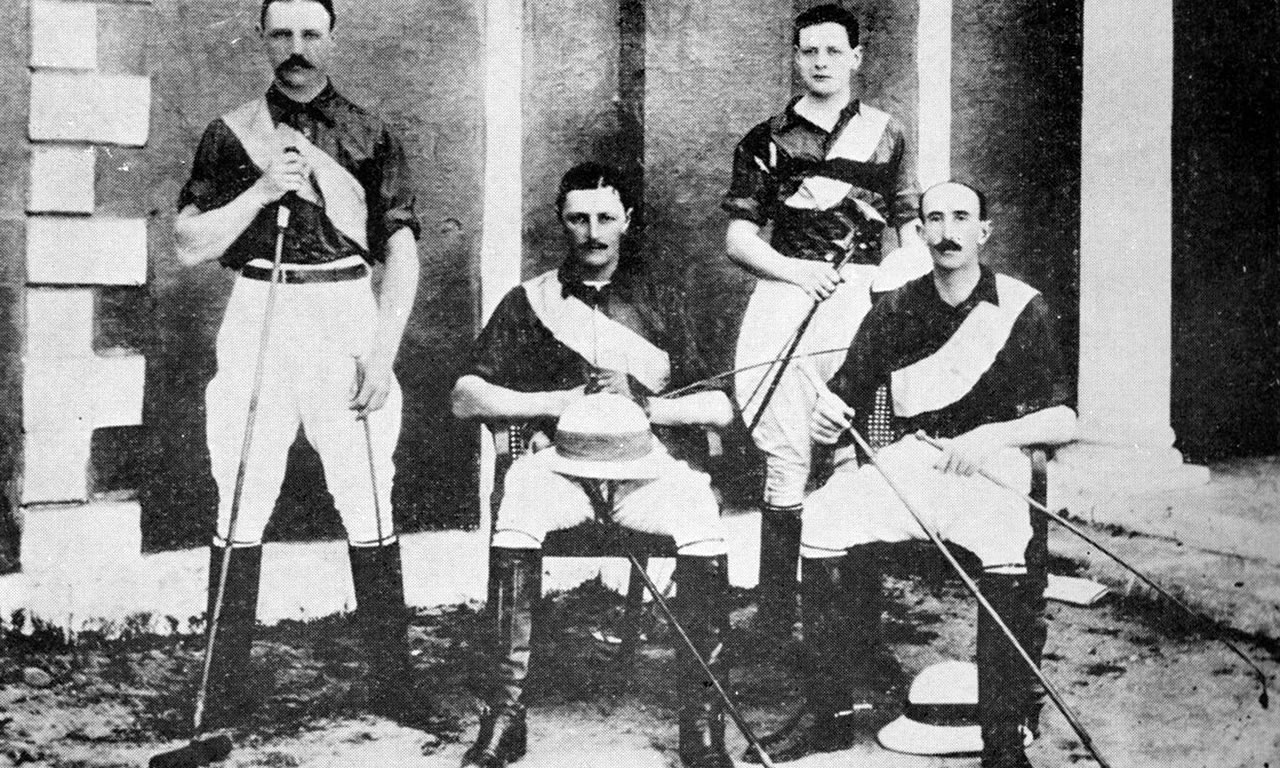 The Dargle Polo Club was the first civilian club in South Africa, a claim disputed by Mooi River Polo Club. The 1902 edition of the South African Polo Calendar gives the foundation years 1886 for Dargle and 1889 for Mooi River. Another early civilian polo club was Tintern, which was formed on the Carter brothers’ farm about 1893. Other civilian clubs of the 1890s were Durban, which was to play a leading role in SA polo in the 1920s and ‘30s, Greytown; the Shaws’ Karkloof; Kokstad, where Lt. Henry Chase Damant became a legend in South African polo; Matatiele, home club of another legendary SA player, Tommy Pope, Merino Walk, Nottingham Road and Underberg. Polo at the Port Elizabeth club had started around 1888, but went into recession because of the Rand’s gold fields rush in the 1890s. Far from being the exclusive preserve of white westerners, polo originated in Asia and is still very popular in India, Pakistan, Brunei as well as some more remote regions reaching into Nepal (where it is played on elephants). Many African countries, particularly Ghana, Kenya, Nigeria, Zambia and Zimbabwe, play polo and we have annual social tours with many of them. 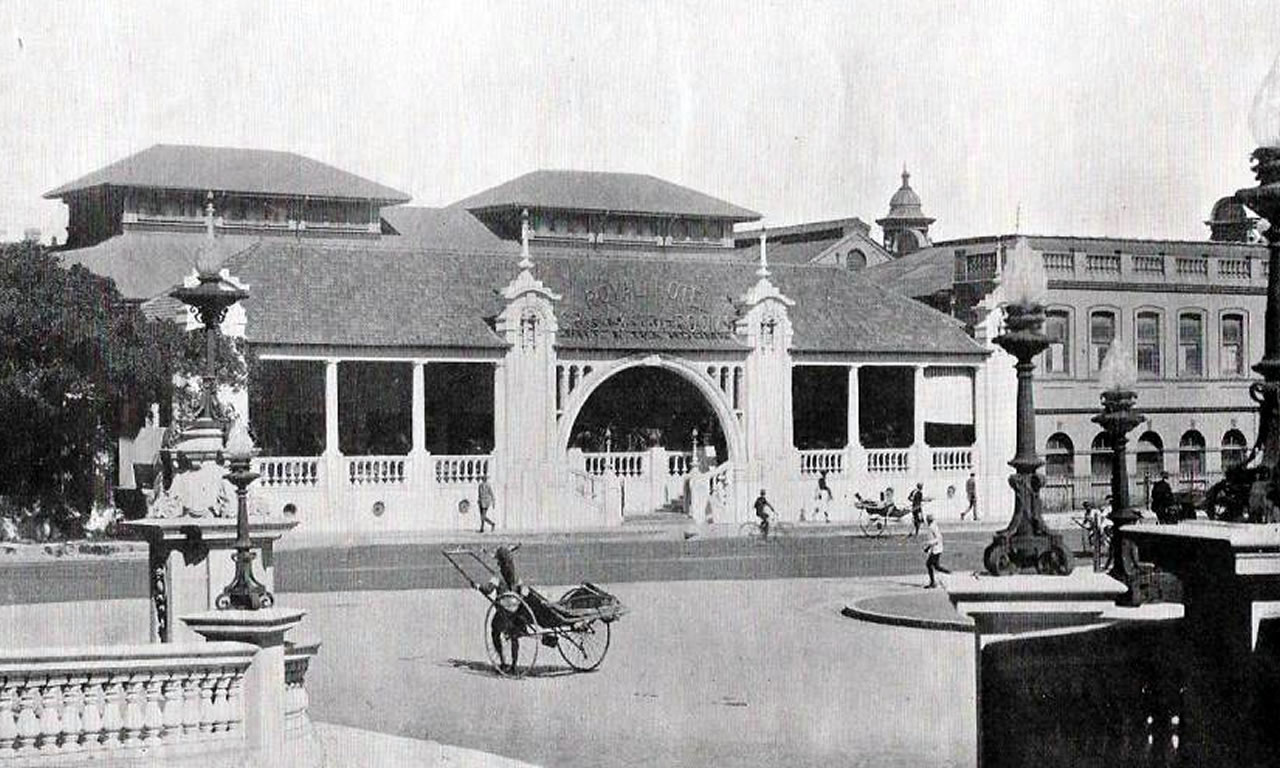 The South African Polo Association was formed in 1906 in a room of Durban’s Royal Hotel and is the controlling body of polo to which five polo provinces are affiliated - Highveld, East Griqualand, KwaZulu Natal, Free State and the Cape. SAPA is, in turn, affiliated to the Hurlingham Polo Association & Federacion Internacionale de Polo, the two world bodies of polo. There are about 38 clubs in South Africa and about 450 players. 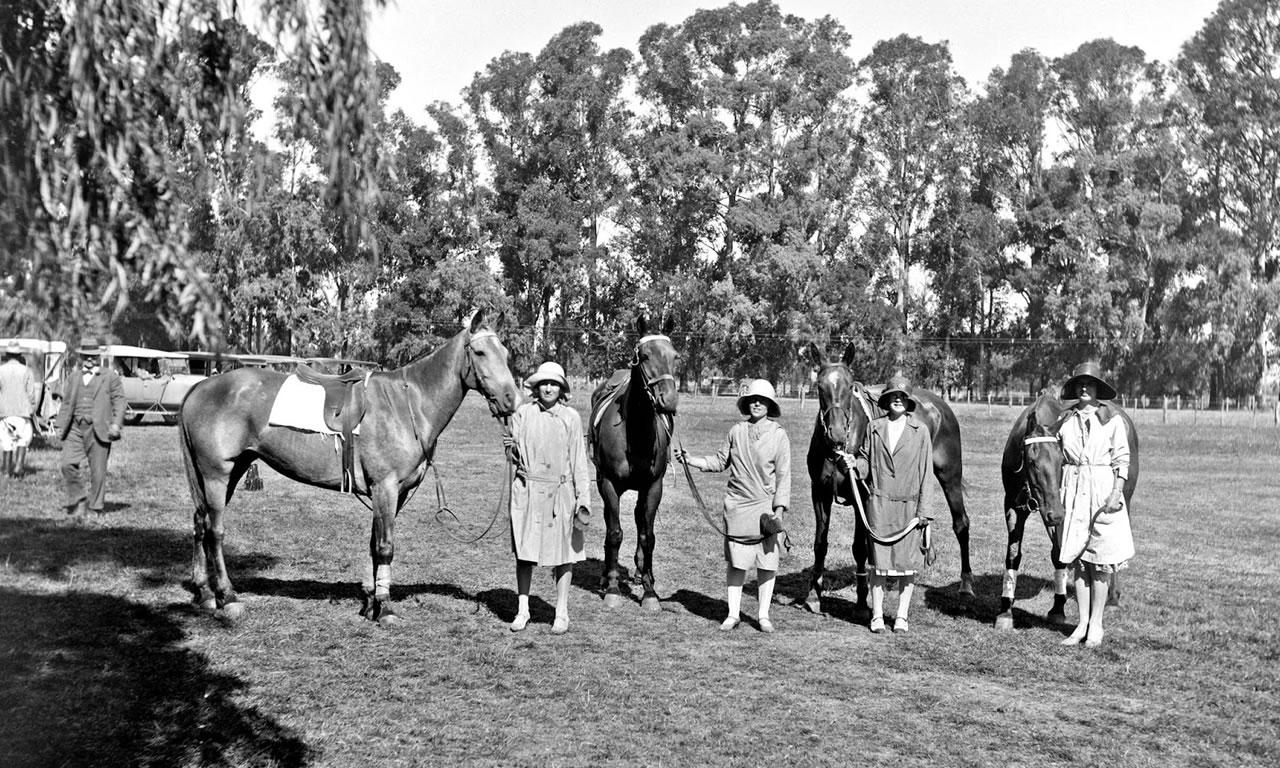 It was not until the late 1940s and ‘50s that women’s polo started in South Africa largely through the initiative of Cicely FitzPatrick, who started the Addo Polo Club in Uitenhage, Cape Province, in 1923. Cecily found many supporters among the British settlers’ wives, all keen horsewomen. Dorothy Gibbs, Noel McBean, Margery Merewether, Phyllis Pearce, Iris Rathbone and two Apthorpe girls joined Cecily as players. Cicely FitzPatrick married Jack Niven – there has been a Niven playing at Addo throughout the club’s history – and men began to join the fray.

In 1932 the first recorded match was played between ladies’ teams from Connington and Durban, the captains were May Woollatt Flower and Maisie McKenzie Brown, respectively. The game ended in a 2-all ‘draw. Mrs. Flower’s husband was D.C. “Jock” Flower, a 5-goal handicap player from Connington, the name of a farm owned by Dr. S.B. Woollatt. The other Connington players were Maureen Taylor, Elizabeth Woollatt, later Mrs. Klarer and Barbara Woollatt, later Mrs. Gordon McKenzie. Maisie Brown was the wife of Mathew Hugh Brown, the Chairman of the South African Polo Association and a noted Durban player. 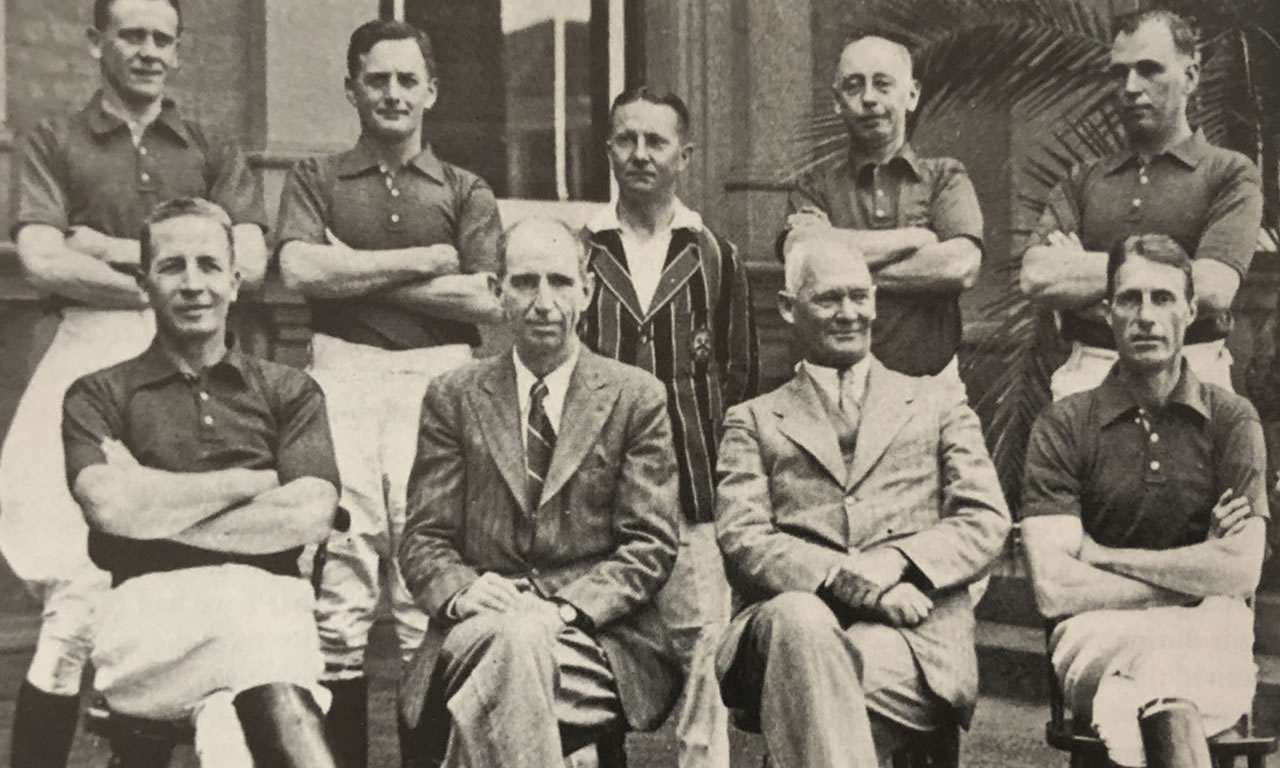 The South African team that visited Argentina in 1933 to play in The Open included: Left to Right (standing) Russell Burdon, Martin Henderson, G.D. Henderson, Allan Ross and Ian Gibson. Left to Right (seated): Ernest Greene, Hugh Brown, Walter Shaw and Tommy Pope. Greene, Gibson, Burdon & Pope were one of only four foreign teams to reach the Argentine Open's final game. In the semi-final South Africa beat the local renowned team of Coronel Suarez 11-10 and the umpires had to be escorted off the field by the police, such was the anger and disappointment of the spectators. The final was against Santa Paula and the South Africans could not match the speed or the force of their opponents losing in a rather one-sided match 3-12. The SA team donated a trophy called the Springbok Trophy which is still played for today. 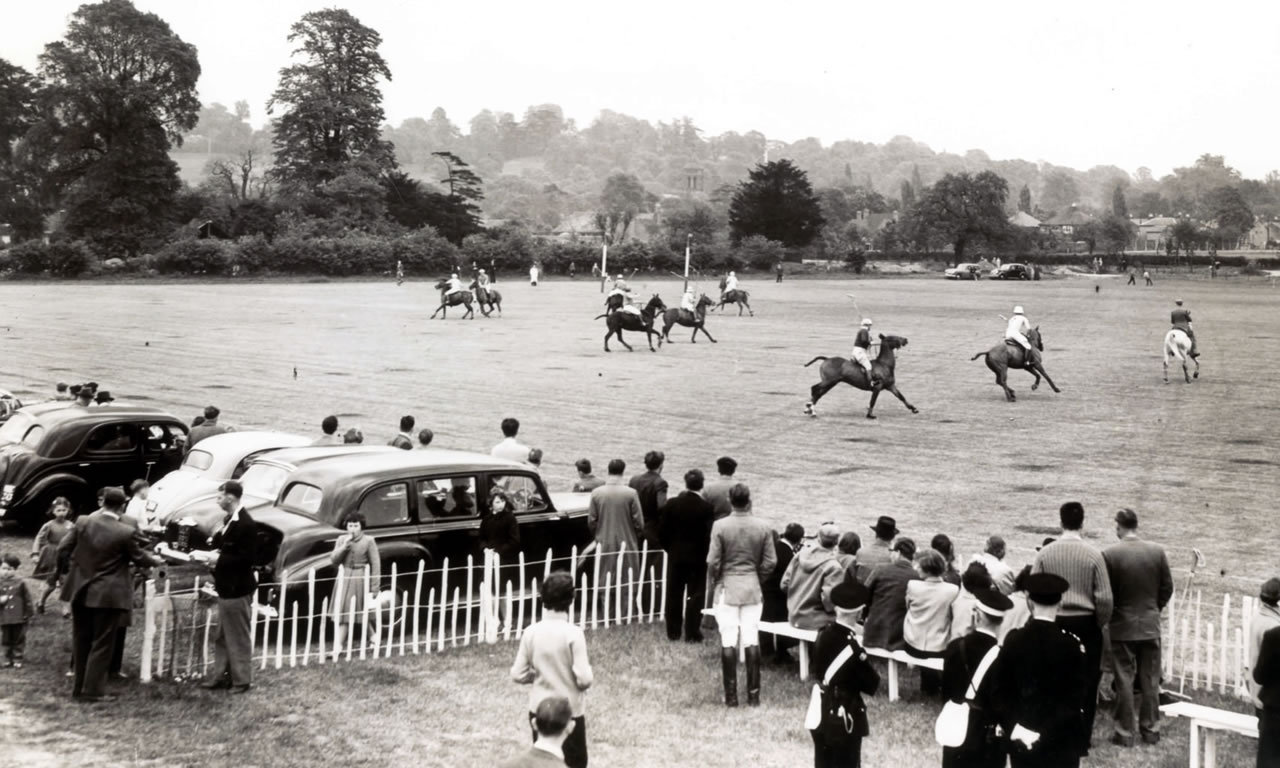 The Natal Ladies’ Polo Association was formed in 1948, with Barbara McKenzie as president. A Natal Ladies Polo Championship had been instituted a year before; the Lions River team, Moira de Gersigny, later Mrs. Buddy Chaplin, Nola Logan Raw, Barbara McKenzie and May Flower, dominated the event until 1951, when the Underberg Rovers won in 1952. 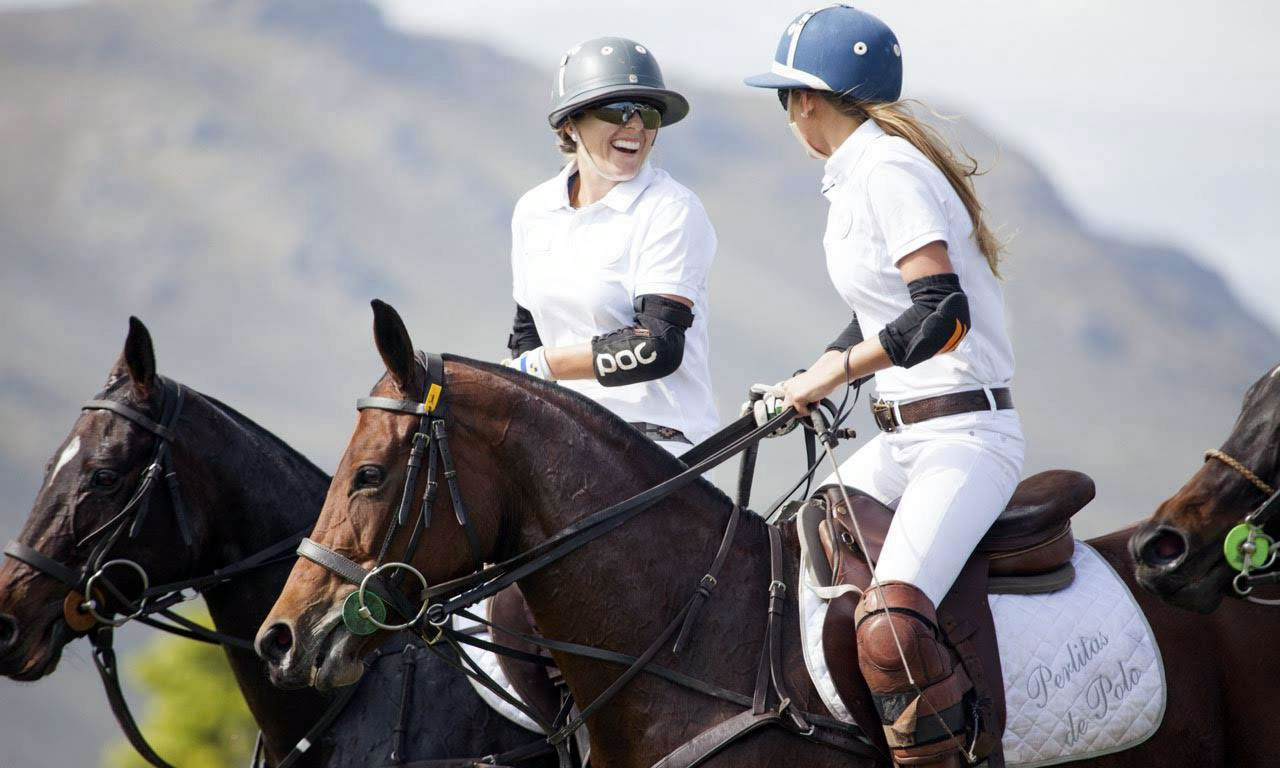 When it began to recover some thirty years later, it was a new generation, which also wanted to seek higher standards of play. Tara Bean, Gaye Bryden, Sarah Erskine, Alison Henderson and Fiona Brook Leggatt were some of the new names in South African women’s polo, continuing the trail blazed by Cicely FitzPatrick a long time ago.